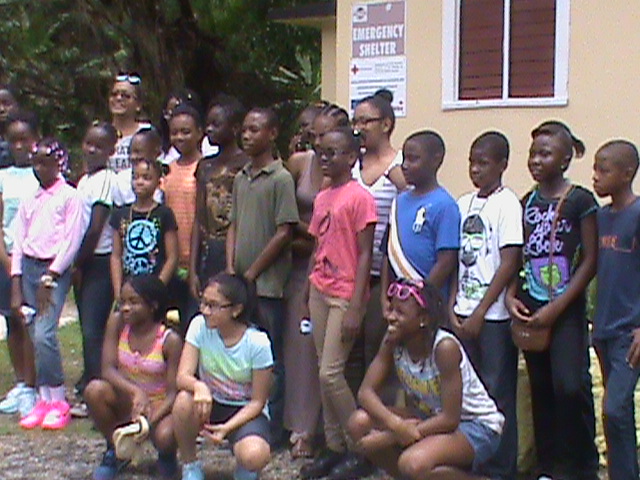 Both the American and Jamaican students, following the direction of ACIJ staff, formed a wide circle and played the ring game of “Hello” which formed an ice-breaker for the students, who introduced themselves to each other. The ice-breaker events continued when the students moved into the school room where Americans were paired with Jamaicans to interview and present on their partners. Then everyone partook of a picnic prepared for the day.

Following the picnic Americans and Jamaicans went on a tour of the heritage sites recovered in the district due to the “Dialogues in the African Diaspora” project. This tour was led by community member Laidley Bishop who had planned to visit all three heritage sites, however, because of rain, the group only got to visit one site, the ruins of what is thought to be a great house. Laidley Bishop was assisted by ACIJ staff Kesia Weise who gave a lengthy description of the great house site visited which talked about the history of slavery on the island of Jamaica and in the community of Nonsuch in particular.