The group departed the rural parish of Portland and travelled to the capital city of Kingston for a tour of three museums in the city and to visit the historic Devon House. First the group visited the African Caribbean Institute of Jamaica where they learnt about ACIJ’s and the Jamaica Memory Bank (JMB) role in collecting, researching, documenting, analyzing and preserving and disseminating information about Jamaica’s cultural heritage through the utilization of oral and scribal sources.

In striving to fulfill its mandate issued it by its founders the ACIJ/JMB has constantly engaged in the process of discovery and validation of traditions once little understood or not generally recognized as having any importance to the sociocultural psyche of the nation. This has led, throughout the years, to unqualified support for anthropological, historical and ethnological studies seeking a greater understanding of the cultural phenomena at the core of the nation’s social existence, which have for years been undervalued, and hence placed outside the realm of serious and consistent academic inquiry. The ACIJ was a junior partner on the project and were instrumental in unearthing the history of Nonsuch and in teaching important research skills to the Nonsuch students.

Next the group was treated to a special guided tour of The National Gallery of Jamaica which was established in 1974, and is the oldest and largest public art museum in the Anglophone Caribbean. The NGJ has a comprehensive collection of early, modern and contemporary art from Jamaica along with smaller Caribbean and international holdings. A significant part of its collections is on permanent view and the special tour looked at the history of among other things, African derived religions on the island of Jamaica as interpreted in the work of well-known painter and sculptor Kapo.

Following lunch, students were given a special presentation on the history of Rastafari by museum partner National Museum Jamaica. NMJ’s director Dr. Jonathan Greenland along with various staff members were on hand to greet the delegation. The National Museum Jamaica is the national agent for the collection, preservation and documentation of Jamaica’s material culture and aims to stimulate serious research and reflection on Jamaica’s history and contemporary life. As the repository of Jamaica’s National Collection, the National Museum Jamaica houses over 17, 000 historic, ethnographic and archaeological artefacts that are germane to Jamaica’s material culture from the prehistoric era to the contemporary. The work of the museum is focused in three areas: Preservation, Research and Communication through education programs. 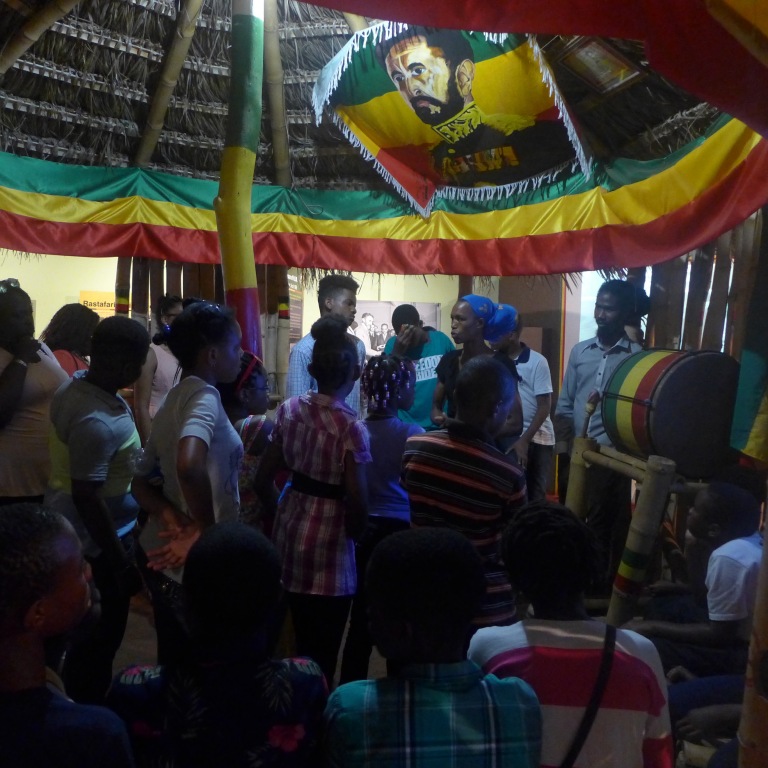 Finally, the group visited Devon House to have their world class ice cream and to be given a brief history on Devon House as the home of Jamaica’s first black millionaire.